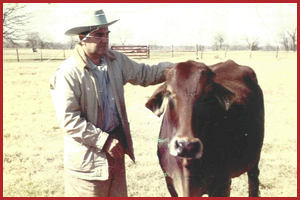 Santa Elena was established in 1959 with the purchase of 987 acres in Houston County, Texas and 250 registered red Brahman cattle from the Fondren Estate herd. During the first 10 years of operation, all cattle, with the exception of herd replacements, were sent to Venezuela. Many of these individuals were used to establish Lecuna’s renowned Red Brahman herd in Venezuela. 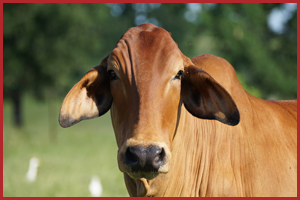 Santa Elena expanded during this time as 2,700 acres were added and the number of mother cows jumped to more than 450, all produced from ranch production. The only outside females brought into the herd until 1987 were six heifers purchased in 1961 from the C.E. Yoakum herd. The Santa Elena foundation herd, purchased from the Fondrens, was developed through the use of primarily Estrele and later Arauto bloodlines. Later, Manso-influenced bulls were added to the herd and the resulting conformation is still evident, as well as the uniform dark red color.

In 1970, Santa Elena Ranch made the VL branded cattle available to Brahman breeders and commercial cattlemen in the United States. Since that time, the ranch has enjoyed a reputation of producing honest breeding cattle of high quality and beefy conformation that are a powerful influence to a registered herd or commercial cattle operation. Much of the herd’s progress and breeding-up is attributed to Steve Allen, who served as ranch manager for 27 years. 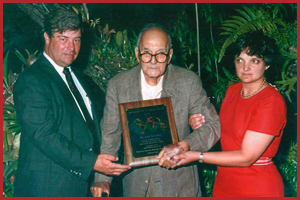 In May 1991, Alfredo and Josephine Muskus became the sole owners of Santa Elena Ranch. The ranch is a progressive operation in every area. One of the most positive influences to the herd is Sophisticated Millionaire 80/3, a great red Brahman bull that is doing a tremendous job for Santa Elena Ranch.

Performance records are of utmost importance and are kept on every Santa Elena animal. Recently an embryo transplant facility for on-the-farm use was added. Santa Elena is a leading exporter of Brahman cattle, selling animals to more than 18 countries during its operation.

In addition, Santa Elena runs commercial cattle and feeds red Brahman sired cattle in the Texas Panhandle. Cattlemen are continually impressed with the gains these cattle achieve and the carcasses they produce.

As you can see, the Santa Elena Ranch has stood the test of time and looks forward to a bright future through careful, reputable, and select production. We are aiming to be part of the beef business for a long time to come. 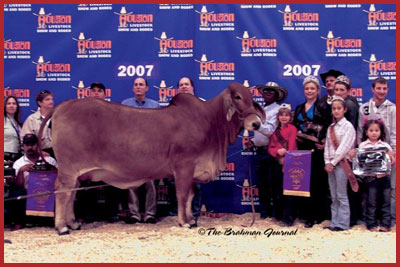 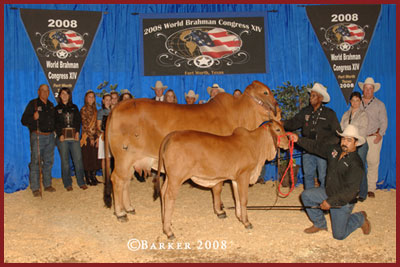 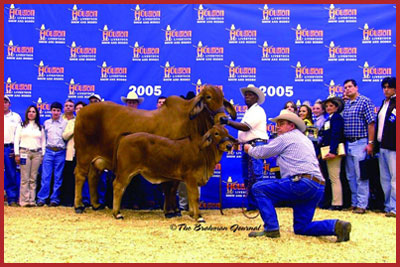 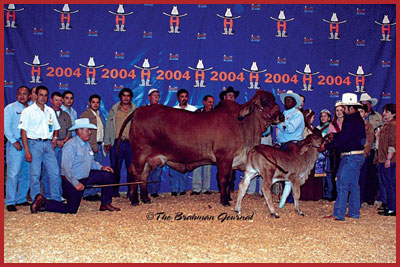 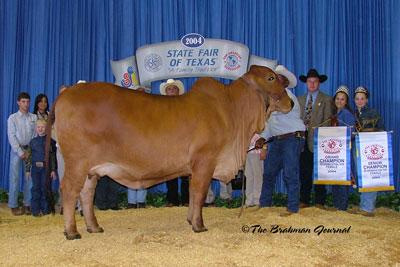 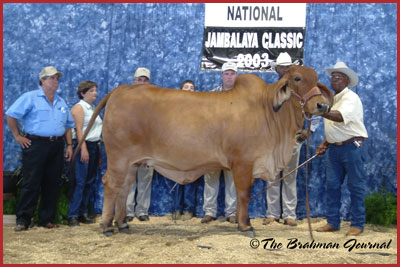 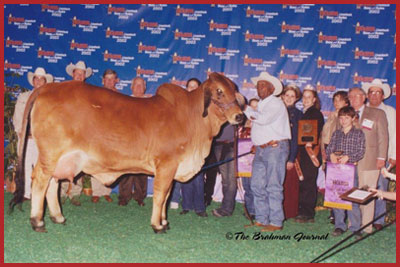 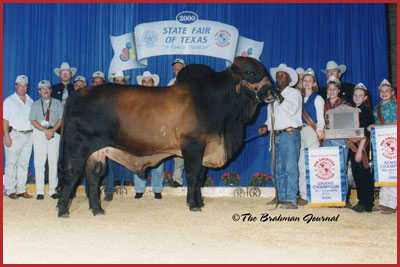 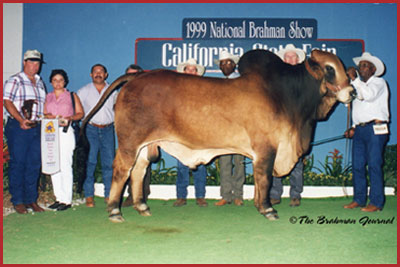 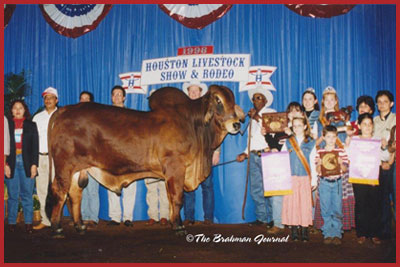 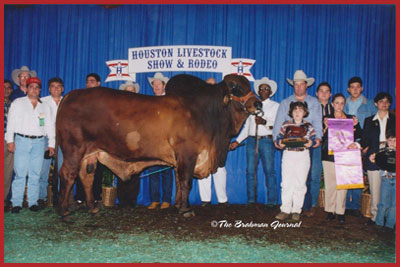 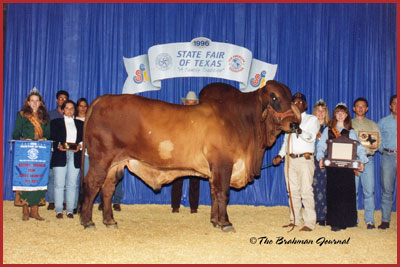 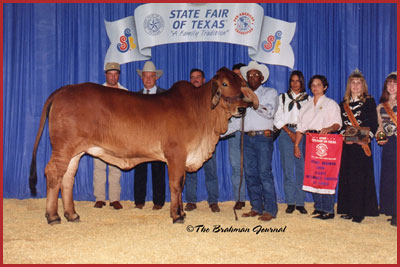 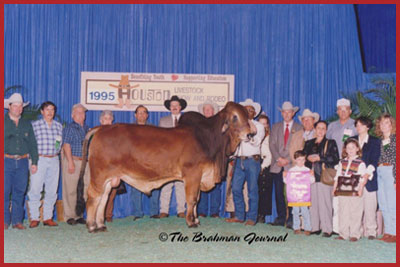 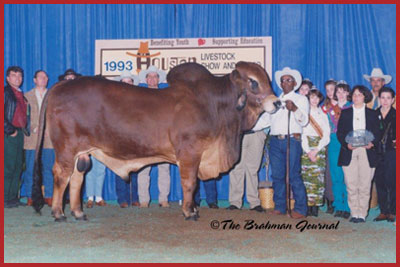 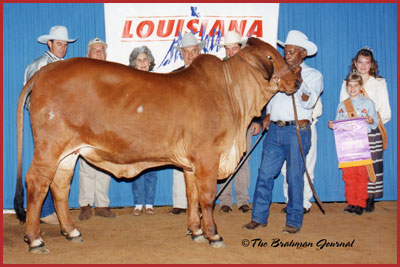 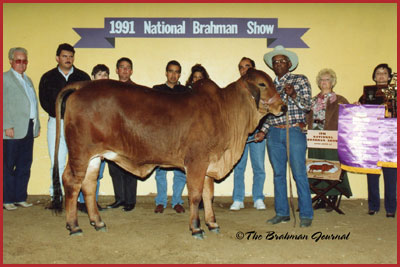 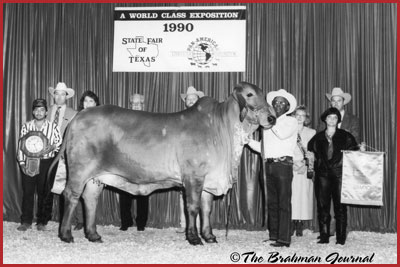 1990 National Champion Red Female
VL Elena 66/8
Thank you for your interest in Santa Elena Ranch. If you would like additional details on our ranch or our cattle please contact us at 936-348-6897. We look forward to hearing from you. Visitors are always welcome, please call us to set up your appointment.